Another quick little nursery item I’ve been staring at and pondering was the clear push pins I used to hang up the flag pennants.  (Uh, and the threads I never trimmed off the end of the pennants…) 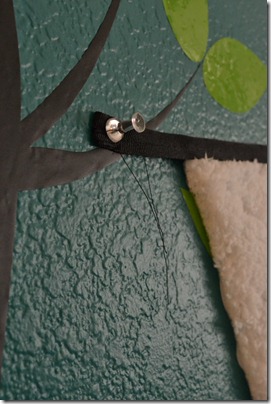 I thought I was doing pretty well to use clear push pins….but they were still really visible – even from a distance.

And it was bugging me.

I’m not sure how easy black thumb tacks are to find, but I didn’t really want yet another box of tacks (how many does one household need?  We have at least 2 sets already…).

So I got to thinking how I could just make a couple of tacks black. (Also, I wanted black thumb tacks instead of push pins, since they’re flat.)

As trendy as I am (not), I didn’t have black nail polish sitting around so I bought a cheap bottle of it. 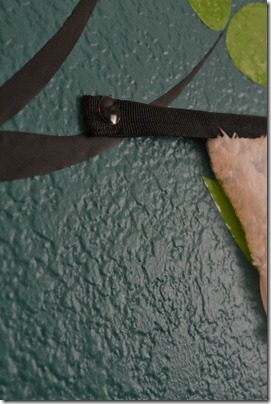 Verdict?  It works great – disguising thumb tacks has never been easier.  Now I can move on to dwelling on some other minor nursery detail

Thanks for stopping by!  A holiday crafty décor post is coming soon!