I thought it was about time for a quick update post.  I haven’t fallen off the face of the earth, it’s just been a slow couple of weeks for projects.  Namely, I’ve started quite a few….and finished none.

Nick finished one though!  We’ve had three terrible windstorms, and one panel of our yucky old fence decided it had enough.  So Nick replaced the crossbeams and the rotten planks in that section.  At some point, the whole thing needs to be redone, but this will work for now.  (Nice contrast, right?)

But this weekend will see some progress.  My mom is coming for a visit, and she’s bringing her truck, along with some goodies in the back of it. 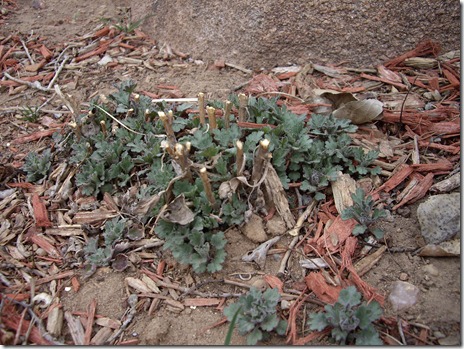 A country bench is coming to be refinished for our front porch!

Some new plants (divided from ones in her yard) are also coming this way, which will give me some food for thought on where I’ll put them.  They are Karl Foerster grasses….but not just any…. they are MONSTER Karl Foersters!  Before division, they were as large around as a tire, and probably 15 feet tall.  Whoop!! 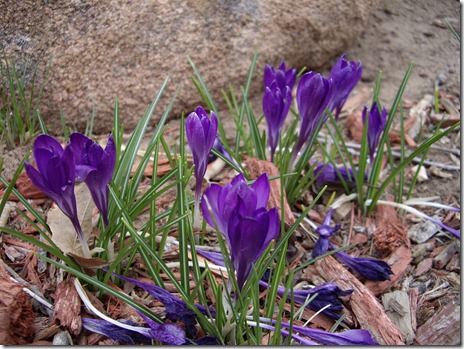 We’ll also make good use of the truck by picking up a load of shredded cedar mulch.  This year, I’m opting to get the un-dyed mulch.  We currently have the red stuff out there, but it fades *so* quickly, and it really does look pretty fake.  Plus, I’ve heard various opinions that the dye has a negative effect on plant health.  So I’ll top it off with cedar and hope it looks ok. 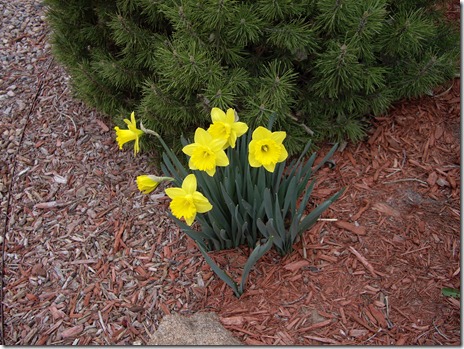 We’re also making a trip to the nursery.  I still need to poke around and see which ones are open yet, but I know of at least one, and hanging out in a warm greenhouse sounds like a great way to spend a cool March afternoon.

And as soon as it warms back up, I’ll go take some pictures of all the sprouts in the backyard.  Sedum are coming up (looking very cute, too), the dianthus is already very green, the irises are greening up, and lilies and scabiosa are also doing well!