Well, luckily we bought it from a nursery that guarantees its trees for one year.  And they brought us a new one over the weekend!

The planting hole last fall was the usual 3’x3’x3’size, backfilled with new (good) dirt, versus the concrete-like clay everywhere else back there.  So pulling the old one out and putting the new one in was much easier this time around. Like 1 hour versus 3 evenings easier.

And since I’ve planted a few new things….put in a flagstone path….the plants are all starting to take off, and I probably won’t do anything else with the yard this summer,  I’ll take you on a before-and-after tour 🙂  “Before” is Spring 2010. 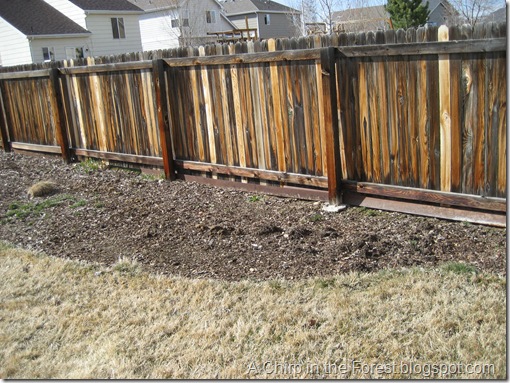 A lilac flanked by some annual alyssum and two extra jalapeno plants.

Grass seed SLOWLY filling in up to the moved edging.

The back area Before: 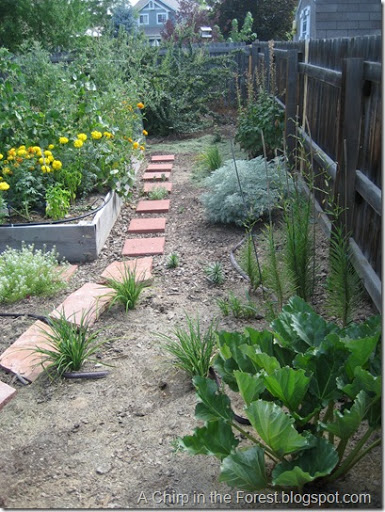 The new tree with a little berm around it for watering purposes.

The weird left side Before:

A perennial species of clematis (versus a vine) and ornamental grass which should get to about 6 ft tall.

The area around the deck is still pretty bad under construction (including the rotting deck itself), but here are some “select” before and after pictures of one side. 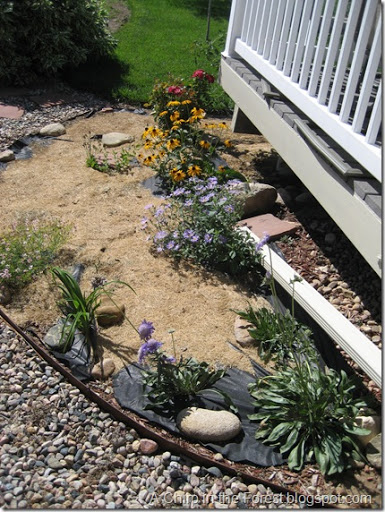 Before (Hibiscus I was SURE was dead…) 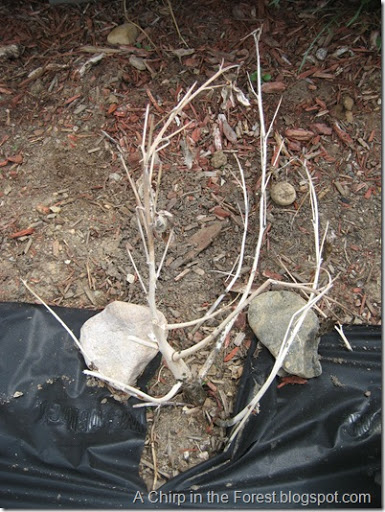 After (it’s ALIVE- good thing I didn’t yank it!)

And that’s the end of the tour.  Next year hopefully the grass will completely fill in, and the deck will get fixed so we’ll be able to focus on the yucky areas around it that are mostly just weed mat at this point.

Have a great weekend!